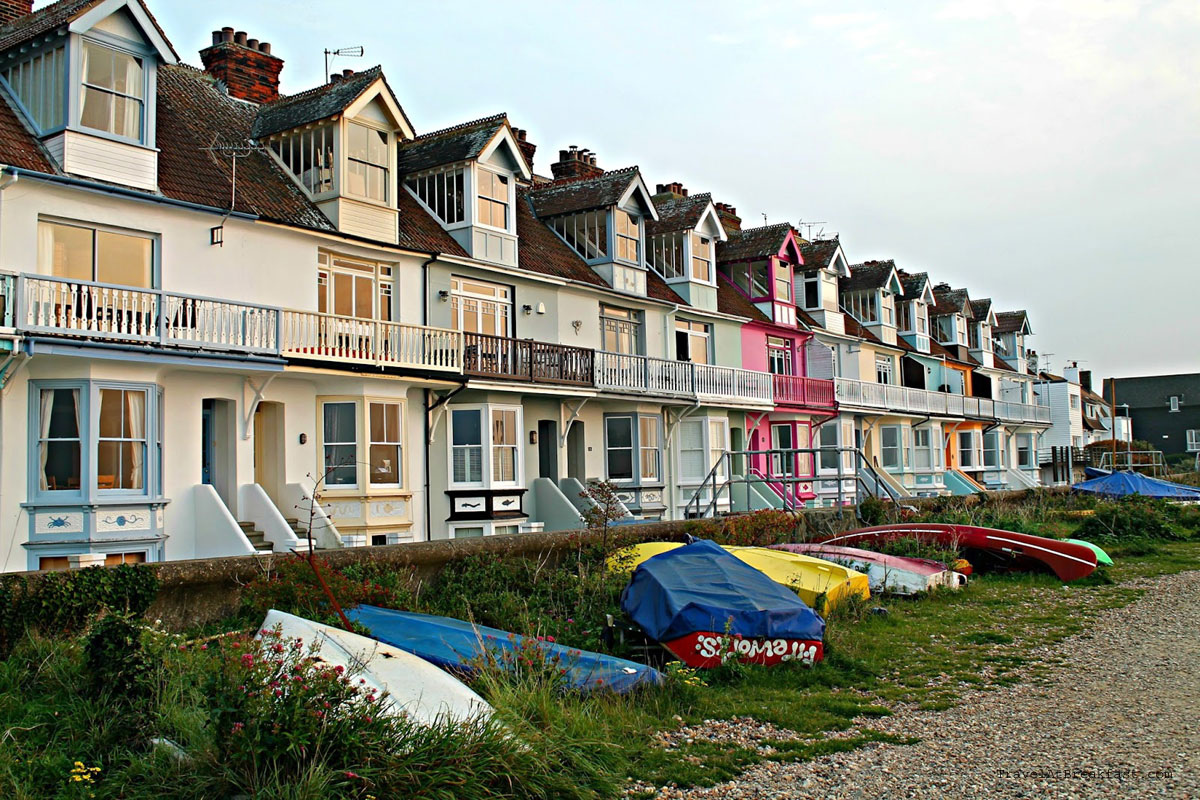 Whitstable in my mind represents a real and autentique fish town, and is the one that Eleonora and I loved more in this area. Whitstable is so genuine and you can really eat fresh fish at the fish market.

Whitstable can be reached via bus from Canterbury bus station in less than 30 minutes visit: “StageCoach website” to have all the info and timetable.

Trust me, Whitstable is like no other town by the sea.

Whitstable with its traditional charms, strong arts culture and rich maritime history is my favourite one.

This is a real fish town, in my mind represents a real and autentique fish town, and is the one that Eleonora and I loved more in this area. Whitstable is so genuine and you can really eat fresh fish at the fish market inside if it’s cold, or outside on wooden benches as Eleonora and I did with our fresh “fish and chips”.

Whitstable is one of a very few in the country that has a pub on the beach, facing the ocean it’s not to miss and if you take another bus in 10 minutes you can reach Tankerton which is unbelievable. 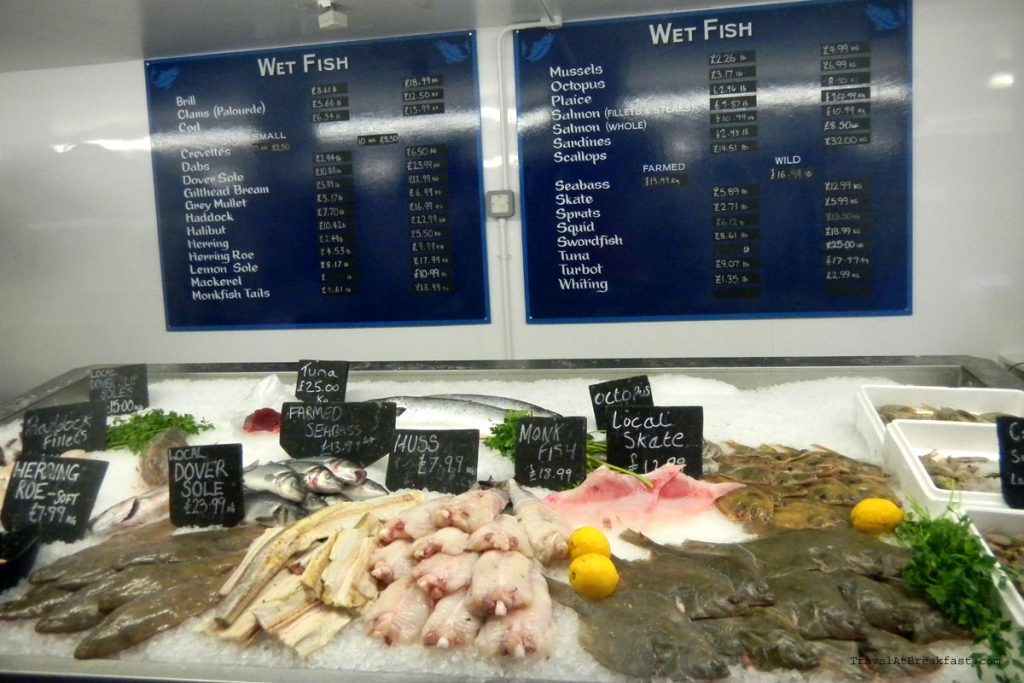 Whitstable’s main claim to fame is its oysters which remain an intrinsic part of this sea town’s character and are celebrated every July at the Oyster Festival. Oysters and other delicacies from the sea can be enjoyed at the local restaurants and pubs or taken home from the fresh fish market at the harbor.

Whatever is the route you take, you’ll end up at the working harbour. Whitstable harbour was built in 1832 by the Canterbury and Whitstable railway company in order to serve the “Crab and Winkle” line, the world’s first passenger railway service.

The Crab and Winkle line also carried coal, and linked Canterbury and London via a steam ship from Whitstable harbour. 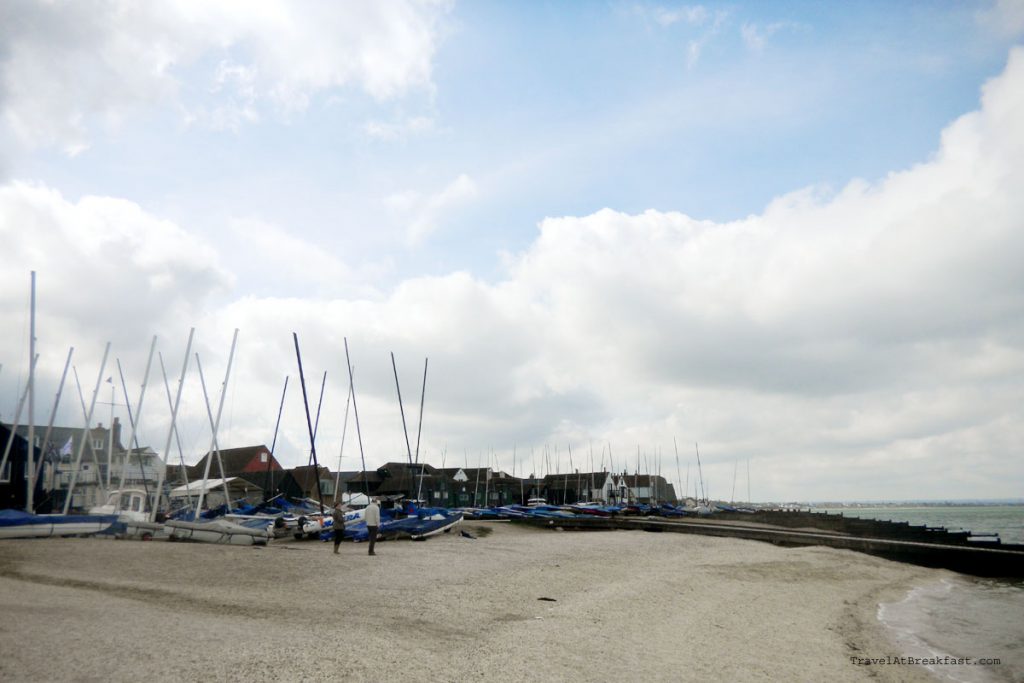 The harbour fish markets are popular with locals and visitors alike, and a restaurant is also situated in the harbour, ready to serve up the day’s catch.

In the summer months, visitors flock to the stalls which spring up to delight their customers with all manner of fresh sea food, including the famous Whitstable oysters. 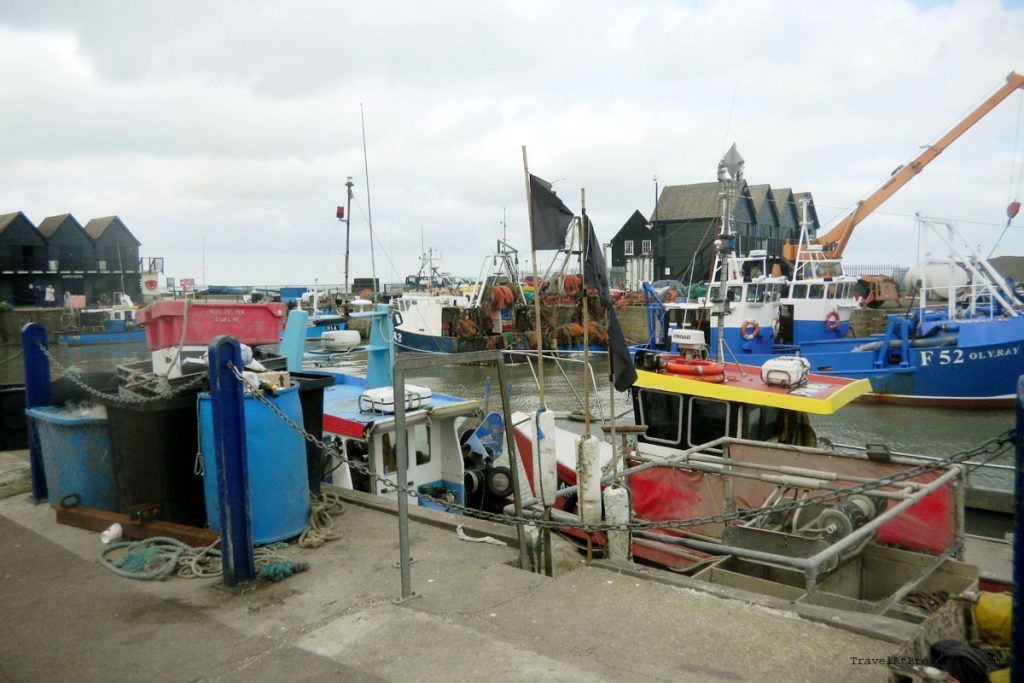 However, Whitstable Harbour’s appeal is that remains a working harbor, in addition, leisure and sporting activities have flourished with the sea scouts, yacht, angling, kite and wind surf activities all based on harbour land. There are some traditional fishing boats and all round the harbour there are ‘fisher mens’ huts painted black as in previous generations.