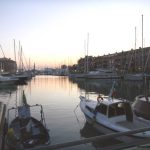 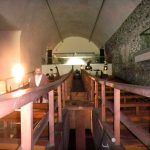 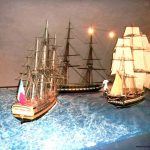 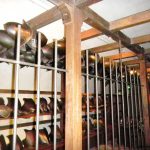 We arrived at Genova around lunch time so we decided to try the best Focacceria near our area based on Tripadvisor suggestion which was “La Focacceria di Teobaldo”, this is a take-away place (just few seats internally) which we found few steps down the street near to our hotel.

I think the focaccia was good Eleonora and I had the simplest one which I found a bit greasy, but is normal for a real focaccia ligure as they always use the Olio Extravergine d’oliva, if you want to try something different have the potato and rosemary variety.

With our focaccia we walked down the street until the Porto Antico where we visited the “Galata Museo del Mare” and the “Nazario Sauro” Submarine.

Galata Museo del Mare  visiting the official website, you can find all the info you need to organize your visit.

Now I’m giving my personal point of view, I found this museum fabulous one of the most interactive museum for kids I have never seen.

Eleonora enjoyed a lot to see  the replica of a 40-metre long Galley dating back to the 17th century and located on the original slipwa. You can get on board of the Galley and discover more.

Another amazing place is the Atlases and Globes’ Room you can see how geographical discoveries traced the contours of new lands and seas during the 16th and 17th century. Touch screens allow kids to browse through maps of that period and geo-localize them to the present day.

There is also a room to discover the imaginary world of the sea between wonder and fear which always intrigues kids.

You can experience a 4D reproduction of a shipwreck near Cape Horn on board of a lifeboat at the mercy of the waves in the Storm Room (at scheduled times every 15minutes or so) we missed that because Eleonora was scared of (is recommended 6+). The same room also hosts the original raft on which, in 1978, Fogar and Mancini spent 74 days without food in the Atlantic Ocean.

The most impressive part of the museum who really Eleonora and I enjoyed was the MEM (Memory and Migration) section which is dedicated to Italian emigration by sea and to the recent phenomenon of immigration to Italy.

You can put yourself in the shoes of emigrants seeking their fortunes overseas with just their passports and tickets, Eleonora loved to receive passport and coins to be used in some of the  more than 40 multimedia stations that tells you how migrations have left – and are still leaving – their mark on the Italian society.
If you want to travel first class, you can go on the deck of a steamer which can be steered around the ocean thanks to a ship simulator.

With an extended ticket you can also visit the “Nazario Sauro” Submarine if you are travelling with your children is a MUST, before to get in, you need to attend the School for Submarines.

There are various interactive stations alternate in this section, which implement the touch technology. This section is conceived as a true School for Submariners, to which you gain access by typing your name, surname and PIN number, once you have registered, you can “play” with different experiences, from the operation of the submarine, by flooding or emptying the ballast tanks of the submarine to reach different heights, to listening and identifying the targets, through the hydrophone.

The sound of ships on the surface can be compared with the so called “biological” sounds emitted by animals, in order to understand how the submarine is actually an extraordinary mechanical “ear” that, from the depths, listens to the sea and is able to understand the situation on the surface, even without sonar or radar and without being at periscopic depth.

The Nazario Sauro is the largest Italian submarine that can be visited still afloat, you will receive headphones which bring you in the real life of the submarine, to be honest this was quite scaring for my daughter and we passed through it quite fast, however if you are pregnant, disabled or if you have kids less than four, you can enjoy at the end of the museum, the Nazario Sauro submarine pre-show.

The section allows visitors to interact for a longer time with some of the instruments that are not actually accessible on board. For example, you can experience the submersion and resurfacing of the submarine, witness some aspects of life on board and enjoy using the periscope and hydrophone.

In the evening we had dinner at the Festa dell’Unità which is a demonstration organized by the Democratico party in several Italian cities, however in Genova this demonstration was quite big, we found different stands with foods coming from everywhere, we had yummy Crepes from the French ones.